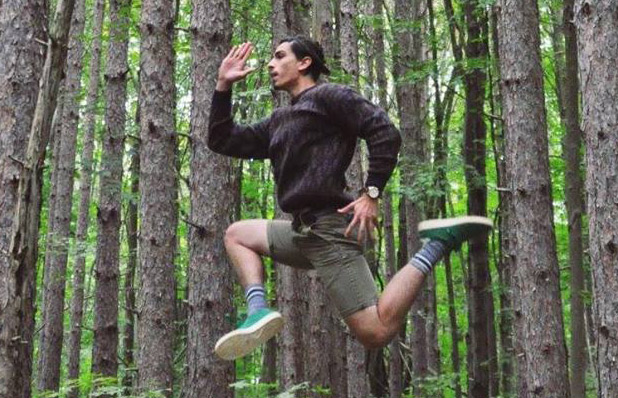 The following reflections were written before my first day at the American Academy of Dramatic Arts.

At this time last year, I had just graduated from High School, I had just received my acceptance letter from the American Academy of Dramatic Arts in New York City, and I had made the difficult decision to defer enrollment for one year. Lots of people questioned this decision, and rightfully so. It seemed very unconventional, but then again so is studying at a conservatory for acting.

The fact of the matter is, after four years of High School with people telling me to study this or that; I finally concluded that acting and creating stories for the screen was what I wanted to do.

I wasn’t about to go to college for something I didn’t love or care about, and I knew I would kick myself if I didn’t at least try. But up to that point, (except for my parents) everyone told me not to go into film acting; not only my fellow students but also teachers and my friends. I was unsure of whether or not this was the right decision for me. When everyone else told me it was the wrong decision, who was to say if they were wrong or right?

I left high school even more confused. To be honest, I hated high school. I was never really able to relate to anyone, and no one seemed to understand me. I often found myself asking my parents if anyone else out there saw the world as I did. Did anyone look around and only see film angles and shots, or overhear conversations and create a story out of what people were saying?

I grew up trying to be who everyone else thought I should be rather than what I wanted to be. And after graduation, for the first time, I became my own man. I wasn’t going to continue to try to fit into this generic mold that everyone told me to fit in. I wasn’t like everyone else, and that was okay.

After graduation, I got a job at Tommy Hilfiger selling clothes. As the New Year approached, I decided I was going to talk to three new people every day, have more genuine conversations, and learn as much as I could from films. Tommy Hilfiger was an entirely new environment for me. For the first time in a job, people respected me and valued me as more than just a worker. I was able to use my skills, talk to people, and help people find great clothes.

Although some people may say, “It’s only clothing, it’s not that important.” But for me, I believe you dress how you wish to be perceived. First impressions matter and I wish someone had come alongside me when I was younger to help me understand this.

Talking to new people each day opened my eyes to people’s stories. Everyone is unique, and I loved talking to people and learning more about them. Eventually, I went from talking to three new people a day to five, and then to seven. And before I knew it, I had set a goal to talk to ten new people a day. Then without me knowing the numbers, after my goals faded, I started to do it naturally. Out of this blossomed new friendships and stories.

I continued to watch as many films as I could, constantly researching and watching YouTube videos along with trying to figure out what makes a good film. The more I researched, the more I began to assemble a list of what components make a film “good” and how one could achieve this.

Winter rolled around, and I was given the opportunity to be apart of a Family Life show called “White Christmas.” Family Life has played a foundational role in helping me realize my passion for acting and theater. Going back to my roots felt like I was coming back home.

My first shows were “Rock Solid” (a YouTheater Summer Workshop where I played a Rock) and a stage adaptation of “Beauty and the Beast.” But “White Christmas” was a little different because Family Life had hired a new Director whom I had never worked with before. His name was Peter Maier. 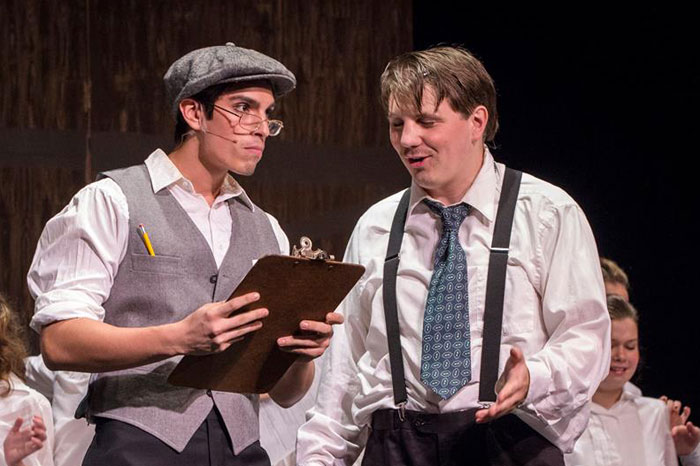 Rehearsals started, and I quickly realized Peter was different than any director I had worked with in the past. He introduced me to new ideas and concepts for the theater I had never heard of, and I ate it all up. I immediately began to ask Peter if I could shadow him, but our schedules didn’t line up, and it didn’t work out. 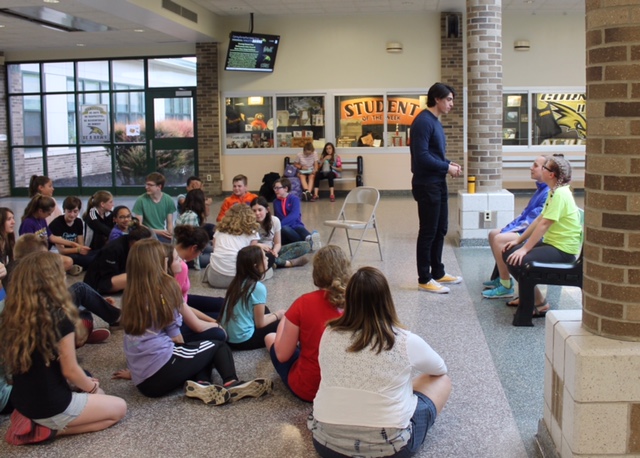 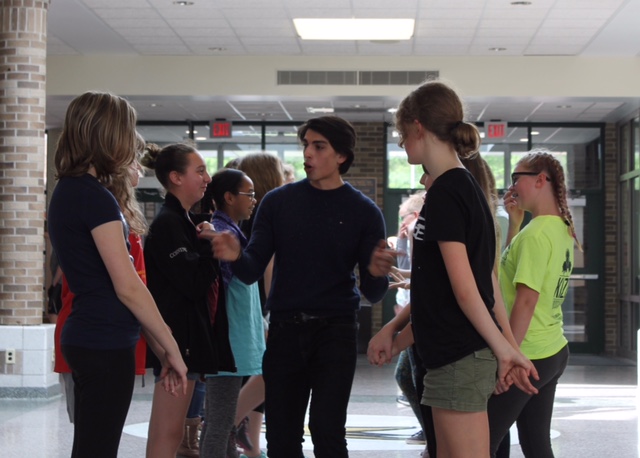 Then the New Year came, and I was offered the opportunity to teach a few acting workshops for the Corning-Painted Post Middle School Drama Club. I held four workshops and taught around 60 students. I was blown away by all the talent they had and their fresh desire to perform.

In April, I traveled to New York City to AADA for an Open House. On the way there I was reading and praying about what I should do for the summer. I was asking, “Should I move to the City and try to get a job at Tommy Hilfiger Corporate or should I stay in Corning?” As I was praying, I got a
text from Peter. He offered me a job to travel with the YouTheater Summer Program to teach kids how to act for ten weeks (three weeks of training and seven weeks of traveling) all summer long. Realizing my prayers were answered, I immediately accepted.

I had grown up in this program, and my very first show was a YouTheater Summer Workshop. I had never imagined I would get the opportunity to teach one, let alone several. But that wasn’t the only answer to my prayers that weekend.

When I went to the AADA Open House, I sat in on rehearsals, participated in workshops, and afterward, attended a Meet & Greet with AADA Alumni and current students. A common theme immerged when talking to all of these actors. Everyone saw the world as I did. Most had a similar story about how people told them not to pursue acting. Some even started out trying to go to another college for something else but eventually left to follow their true passion. I left New York City with all of my questions answered and excitement for the summer ahead.

After my return home, in the next month, I challenged myself to watch 50 new movies in 30 days and write about each one of them. I also decided to shoot my second short film with the help of my friends, but this time my goal would be a silent film.

Then my training for the workshops started, and my mind exploded with an overload of knowledge. Peter was the best teacher I had ever had, and I can honestly say I learned more from him about acting than anyone else up to that point.

The Summer Workshops started, and we began to teach kids the show. My job was to teach the majority of blocking and acting. I met the most amazing kids, families, and made so many new friends over the summer. I learned more than I thought possible, not only from Peter but the kids as well. It was incredible seeing each new interpretation of the same character week after week. As I taught acting, I learned how to be a better actor. My summer cemented how I felt. Without a doubt, this is what I want to do for the rest of my life: acting, learning, teaching, directing, networking, and creating.

As I look back and reflect, I started out this “Gap Year” not sure of who I was. I was afraid to go against what everyone else was telling me. And if I had attended AADA this past year, I would have run away at the first sign of struggle. Although I know there will be times I don’t get a role, and things won’t go my way, but no matter the hardships that come, I won’t stop trying because my true passion is acting and creating.

Thank you to everyone who has supported me. I ask for your prayers and support in these next upcoming years as I take this next step to study acting in the heart of New York City.